Have you ever wanted to fulfil the childhood dream of a full, four-sided Subbuteo stadium?

Now is your chance after a Subbuteo fan listed an entire Subbuteo stadium on eBay complete with fans, a modern Champions League pitch and plenty of accessories.

Listed at £850 and with no bids yet, the stadium is a beautiful bit of Subbuteo kit. Older fans of the game will recognise the original green grandstands (10 in total) and the beige terraces that adorned living rooms up and down the country in the 1970s and 1980s.

There are eight stadium terraces and for fully working floodlights in the incredible Subbuteo lot. Buyers also get four corner terraces for the full stadium feel, a scoreboard and a few non-official accessories such as a Champions League player tunnel, handshake board and Champions League corner flags.

The stadium includes goals and enough Subbuteo accessories to make the stadium look like a busy match day. That includes police, ambulancemen with a stretcher, ball boys, photographers and fencing. There are also substitute benches and trainers as well as match officials.

Filling the stands are over 2,000 spectators.

Liverpool and Real Madrid teams are included in the set so that you can recreate last year’s Champions League final between the two European powerhouses.

The set has been listed on eBay with a modest £25 delivery fee by Subbuteo fan Dave, who says he is now unable to use the pitch to play.

While he is selling his collection in one go he does have another interesting lot on eBay. The League Cup is one of the rarest and most sought-after Subbuteo accessories and is listed with a starting price of £70. With all of its handles intact he may fetch a bit more than that when the auction ends.

You can see the stadium here. 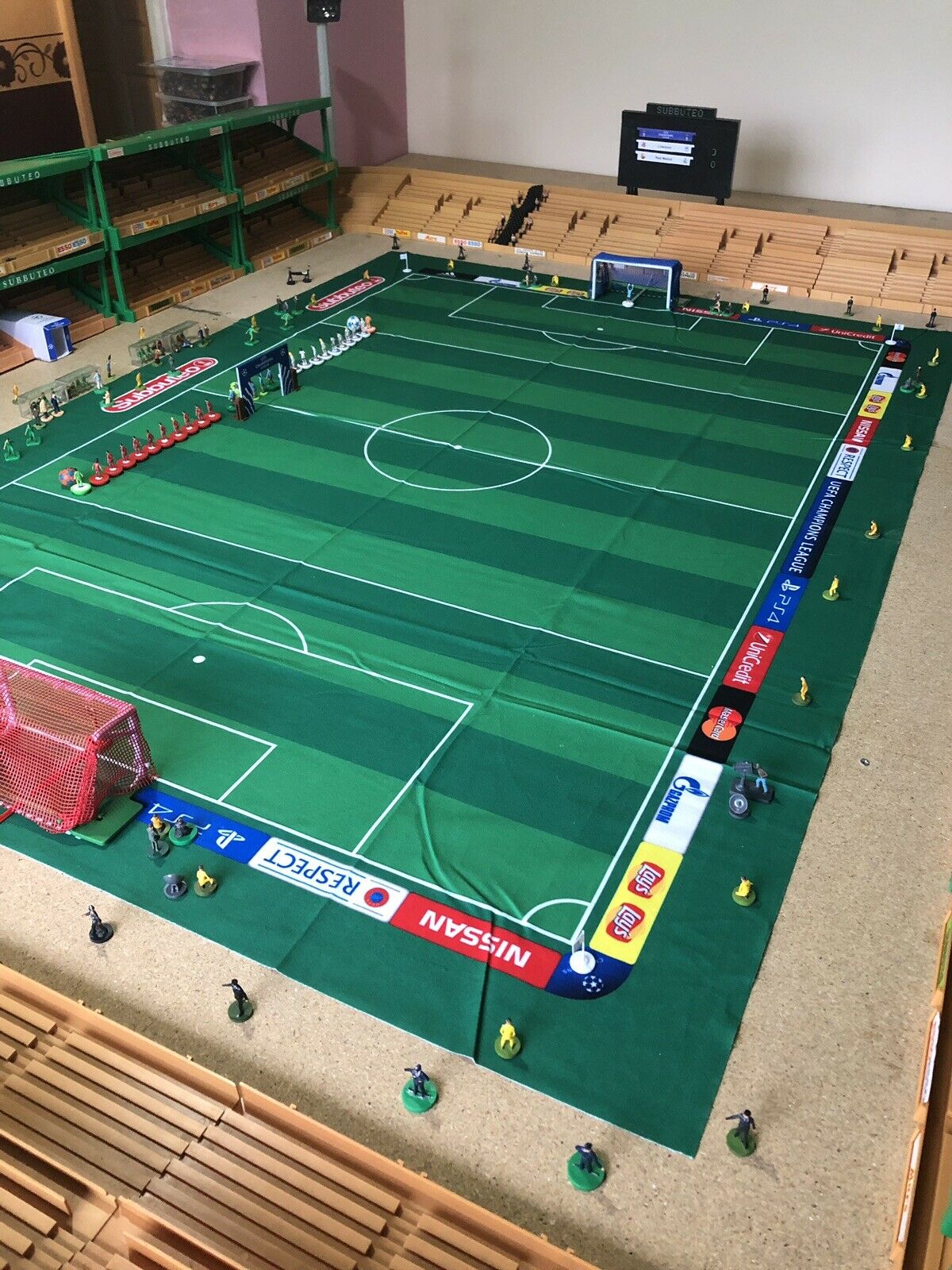 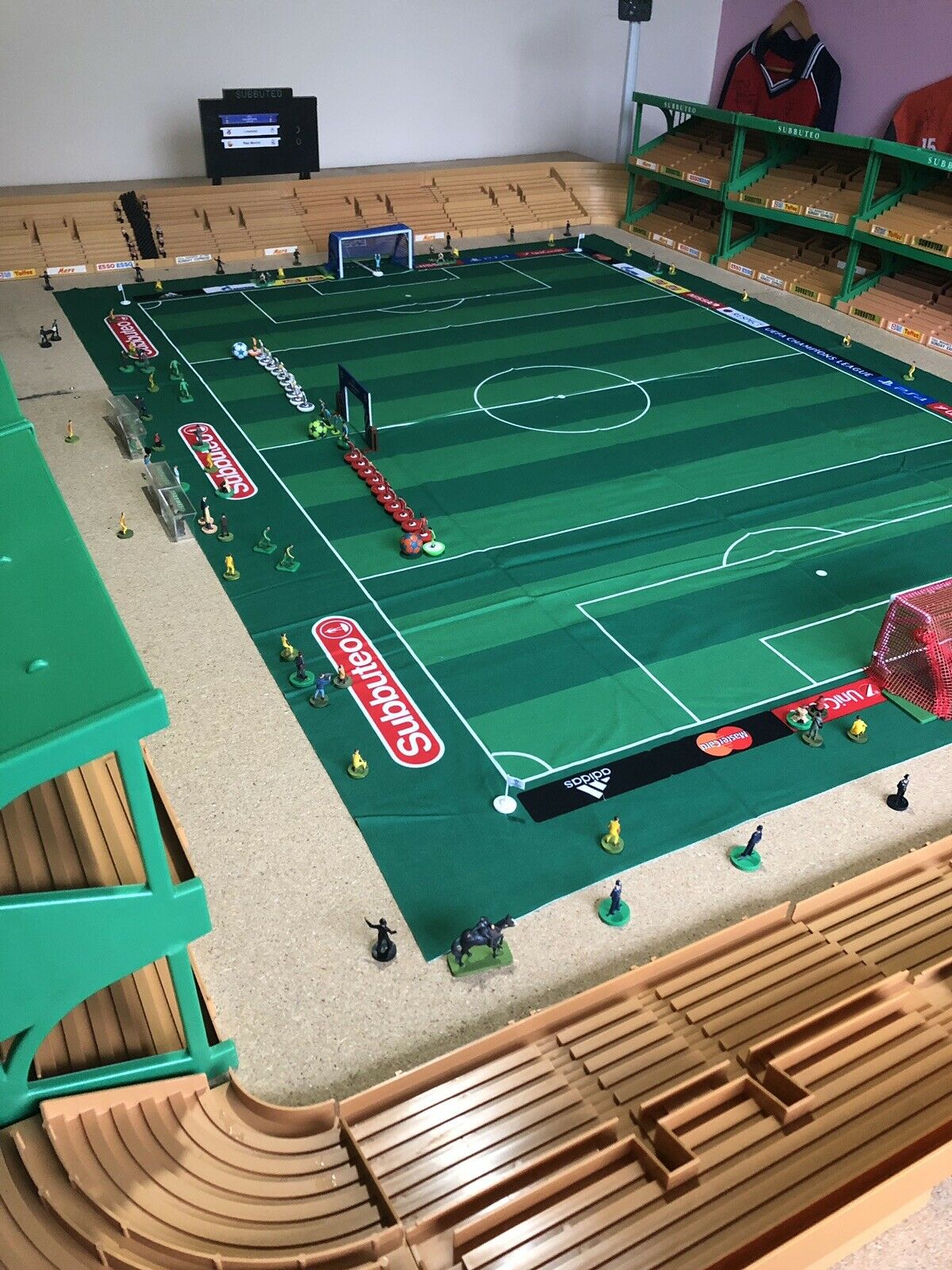 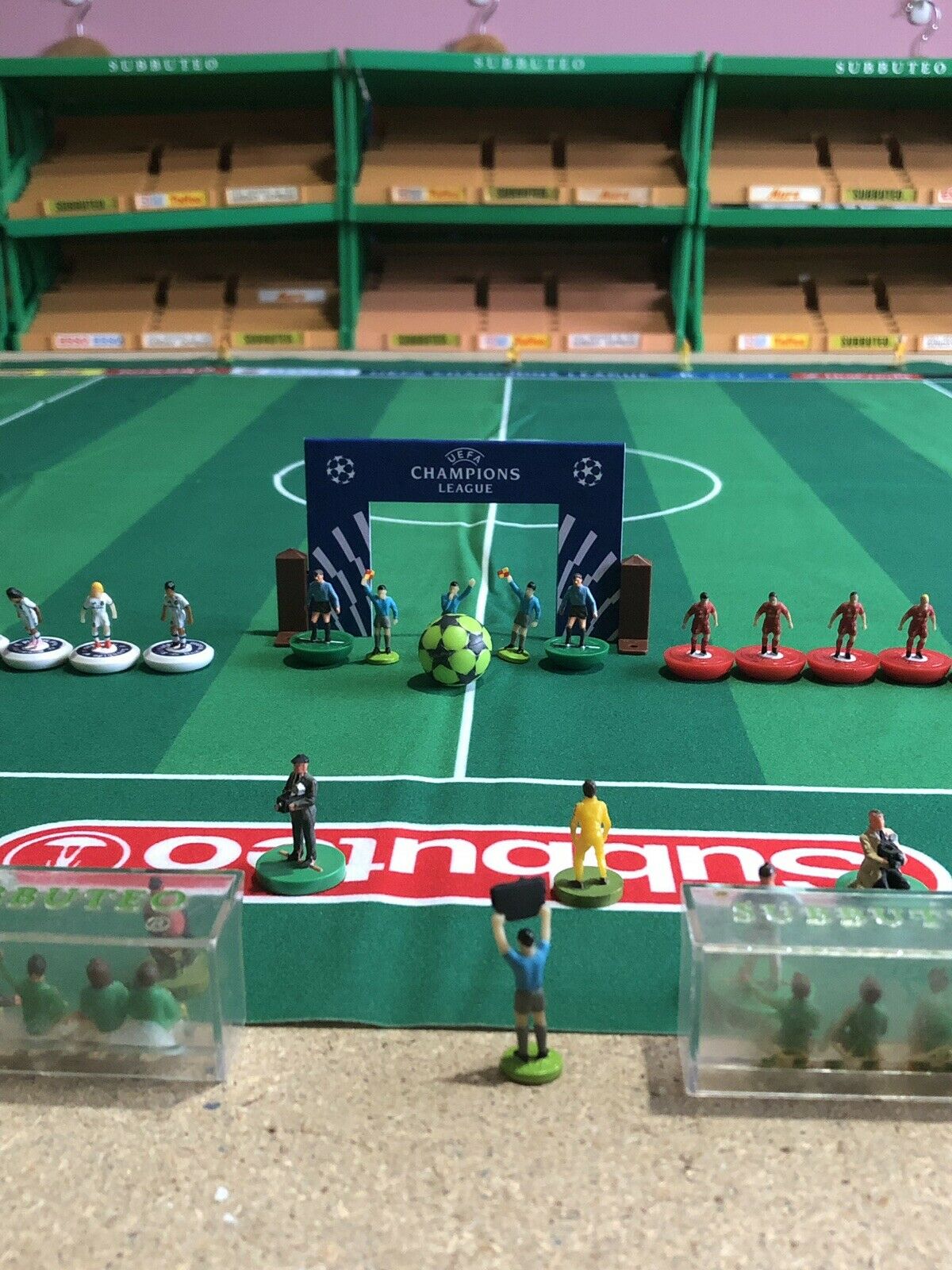