Everything you need to know about the Subbuteo World Cup 2018

Had enough of the World Cup this year? No? Well then you are in luck.

A second World Cup tournament, the Subbuteo World Cup, is set to begin in Gibraltar this week in the biggest table football event in the world.

So we have rounded up everything you need to know about it on the eve of the tournament.

The Subbuteo World Cup was launched in 1970 by owners Waddingtons and was played every four years alongside the football World Cup.

In 1994 the Federation of International Sports Table Football took over the running of the tournament and turned it into a yearly event, with more age categories in the individual World Cup and an annual team title.

Now taking place each year and set to return in 2018, the Subbuteo World Cup – now FISTF World Cup will see the best table football players from around the world meet to take the title of best in the world.

While casual players often meet up as part of the Subbuteo amateur circuit, FISTF clubs adhere to strict tournament rules and run serious clubs in a competitive format. It may not be one for the casual collector of Subbuteo, but the FISTF World Cup is the top tournament for table football players around the world.

The FISTF World Cup 2018 is in Gibraltar on 2 and 3 September at the Tercentenary Sports Hall at Bayside Road.

It will also signal a change from a yearly tournament to a tournament every two years, with the next one set to take place in 2020.

It is a serious affair, with a Gibraltan monkey mascot and branding throughout the venue. There will also be players in their national colours using the best professional Subbuteo sets around. 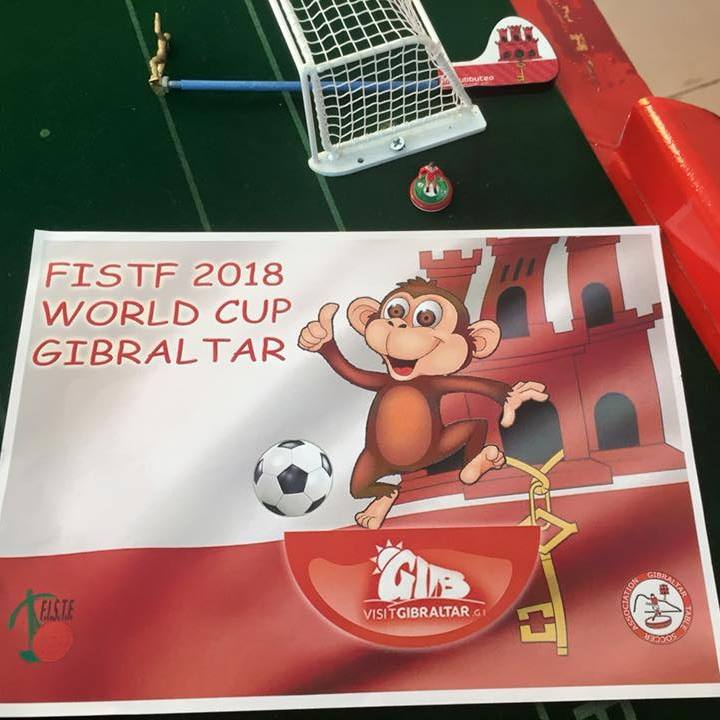 Will I be able to watch the FISTF World Cup?

Yes. FISTF will be streaming live games on their Facebook page, as well as reaction and quotes as the two-day tournament progresses. You can follow them here.

Who are the best teams?

There will be 64 participants from clubs across the world competing in the tournament in Open, Veteran, Ladies and three youth categories. There are individual player titles and a team World Cup to be won.

Traditionally, nations such as Italy, Belgium and Spain will be tough competitors. In total there are 27 member nations of FISTF and Italy are the most successful, having won 47 individual World Cup titles across the various categories.

A team title is also awarded at the World Cup, with Italy winning an incredible 15 times since 1994.

The FISTF World Cup does not look much like traditional Subbuteo apart from the fact players are still moved using the flicking motion.

Players use specialist Subbuteo-style players with flatter, more stable bases. This means there are fewer opportunities to curl players but they move more accurately and can do chip shots when it comes to shooting.

Pitches are usually astroturf style and goals are similar to the Subbuteo goals you will see in the traditional game.

The rules also follow similar lines to Subbuteo, with players losing possession if they miss the ball or if it hits another player. Shots still must be taken in front of the shooting line but referees are on hand to monitor the long list of additional rules and regulations during the tournament.

Play is also much quicker, with players flicking and blocking at high speed and often moving the ball before it has even stopped rolling. You can see a great example of the level of play from the 2016 World Cup final below.