Subbuteo stadiums do not come more eclectic than this – an Italian collector with a stadium named Murrayfield and a host of hidden extras.

The stadium was sent to us by Italian collector Andrea and the Edinburgh-inspired stadium has a bit of everything spanning nearly half a century of the table top game.

First, let’s cover the more unusual elements of the incredibly detailed stadium. The main stand proudly displays the name of Murrayfield and the brick-style facade even boasts the badges of Edinburgh’s big two clubs – Hearts and Hibernian. The clock shows it is an hour to traditional kickoff time of 3pm and the ticket office and club store are nice touches.

Around the rest of the group the stadium is beautifully designed as a showcase for Subbuteo past and present. The more modern red and blue grandstands boast even more contemporary 3D-printed extras including roof supports and even a commentary box with a perfect vantage position.

The green and brown grandstands hark back to the 1970s and 1980s era of Subbuteo, as do the terraces surrounding the pitch.

We particularly liked the use of dugouts as a makeshift press box and the greenery outside the lower stands.

There is plenty of room behind the goals to actually have a game and the unusual Murrayfield terrace is a nice idea to save some space if you are short of room for your stadium build.

Andrea says he is constantly updating the stadium and we look forward to seeing redevelopments in future. For now though it is a perfect example of a stadium that was clearly well planned and well executed. A great wrap-around stadium that looks and feels like it grew organically over the years.

If you want to send us your stadium please contact us on subbuteoonline@gmail.com. 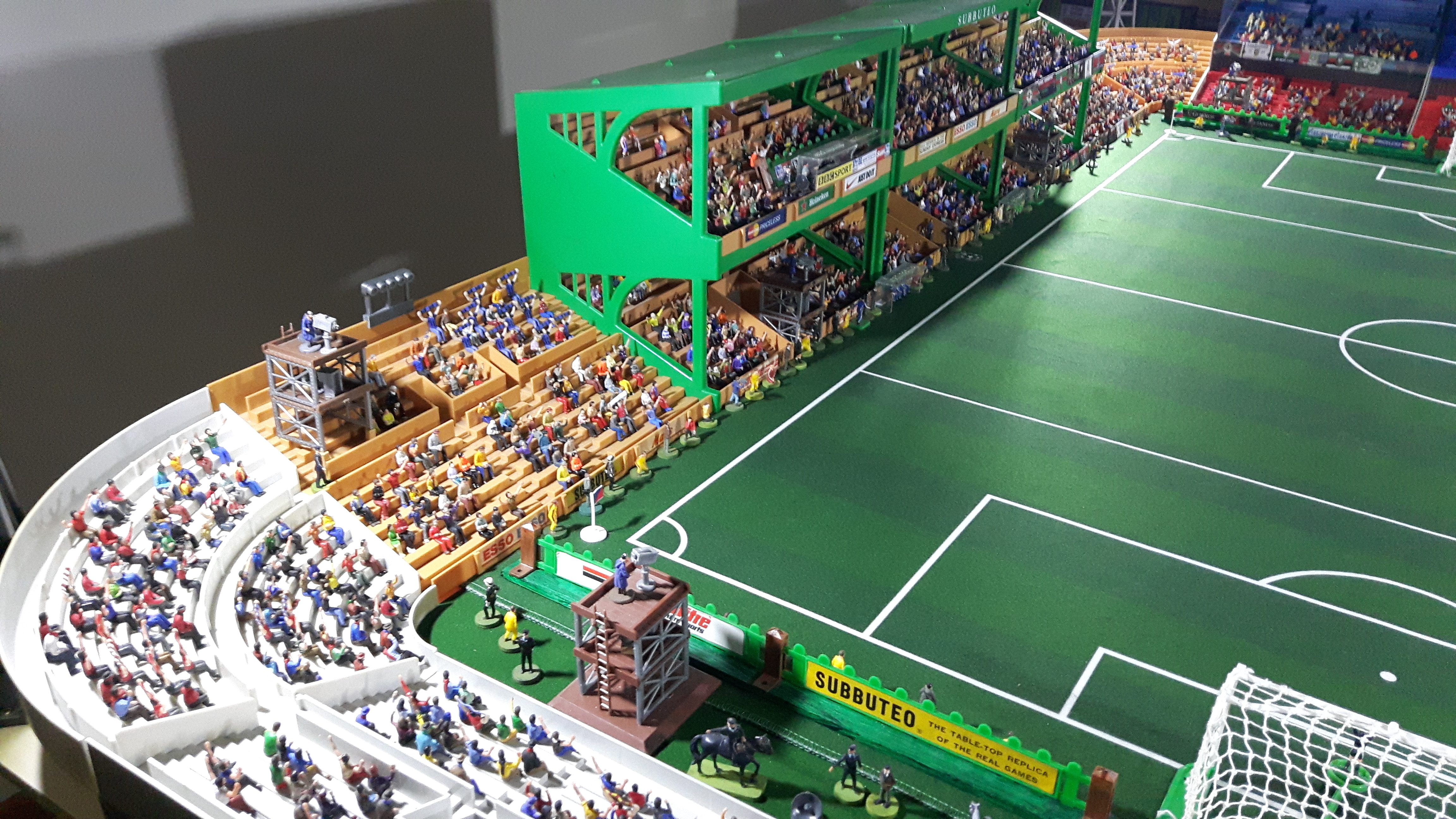 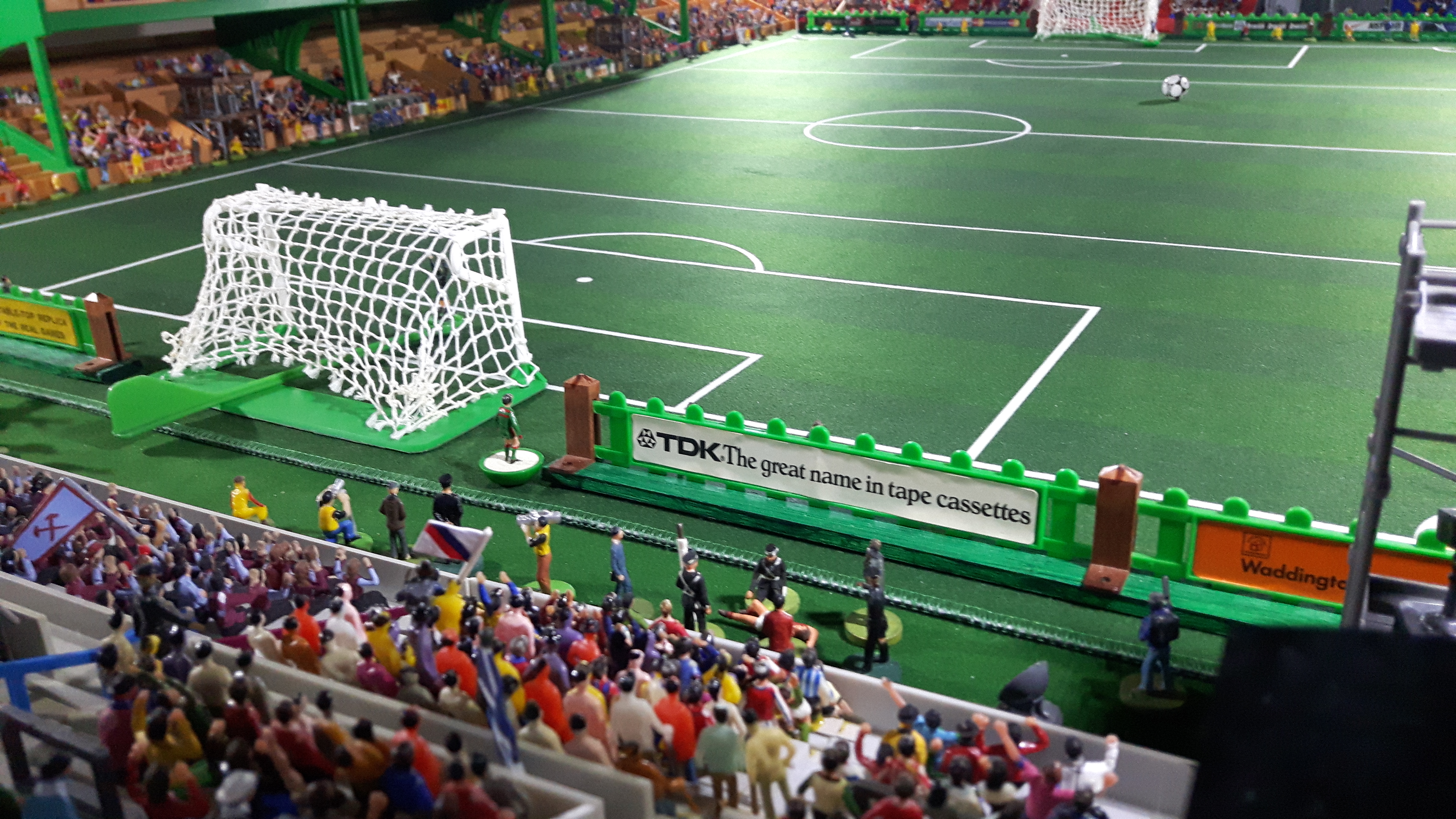 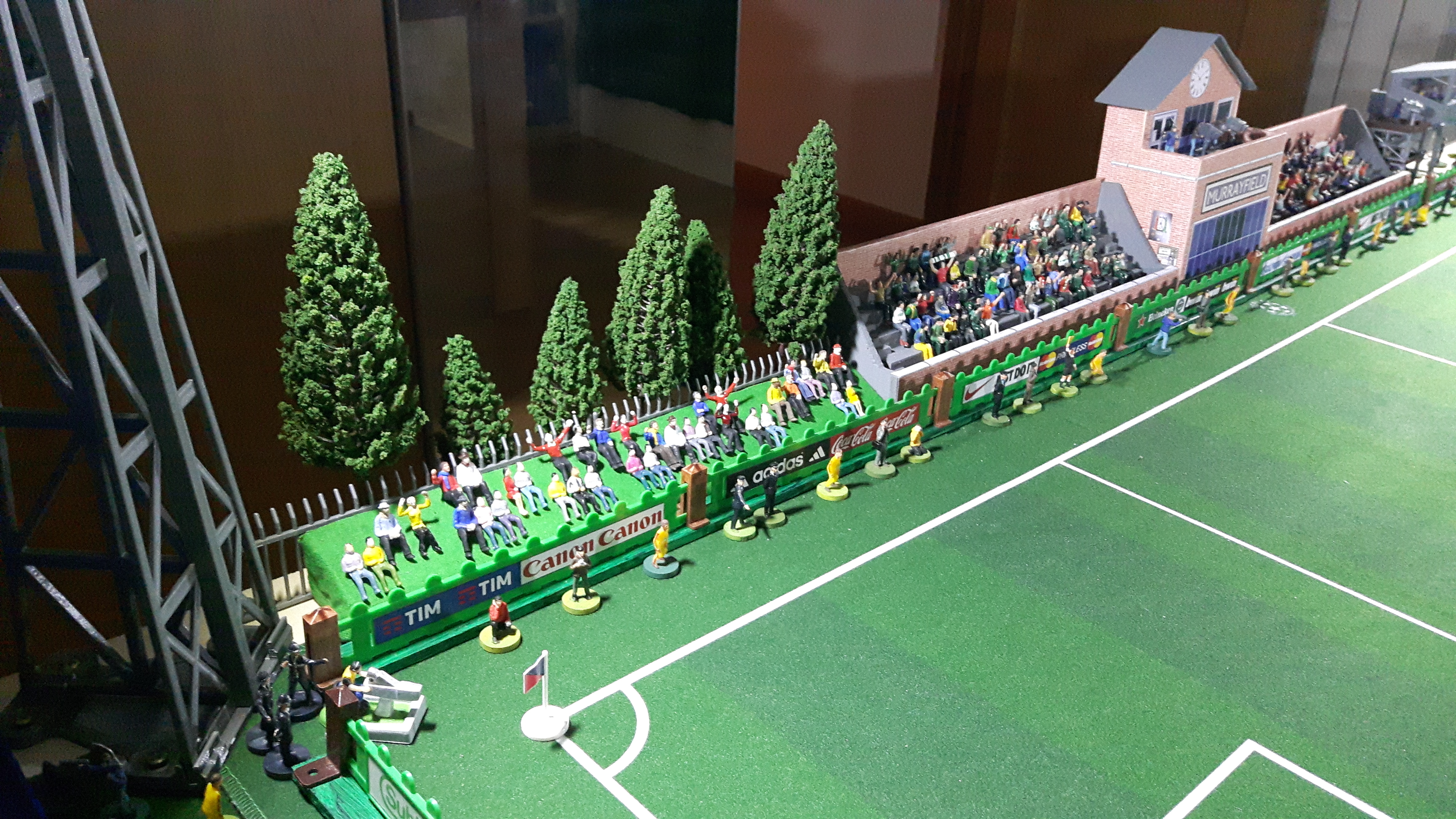 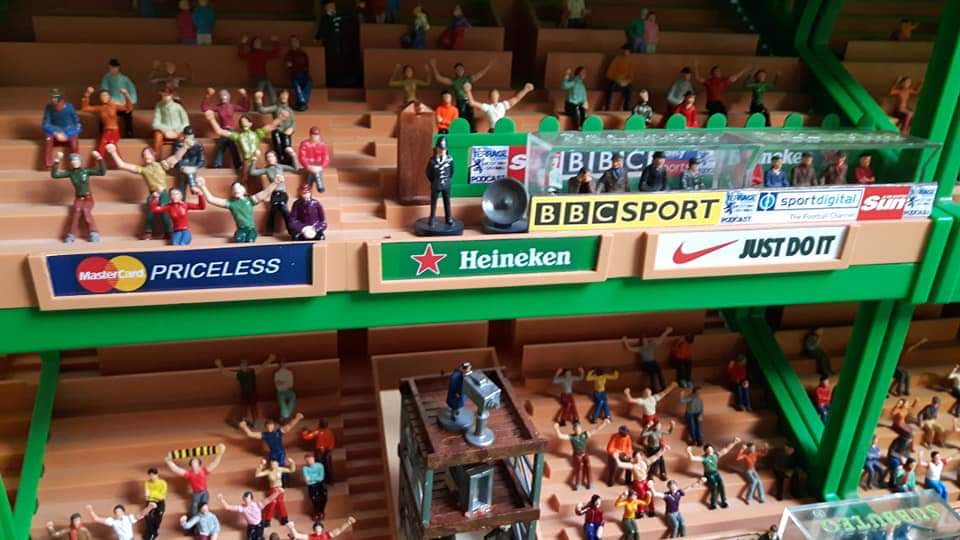 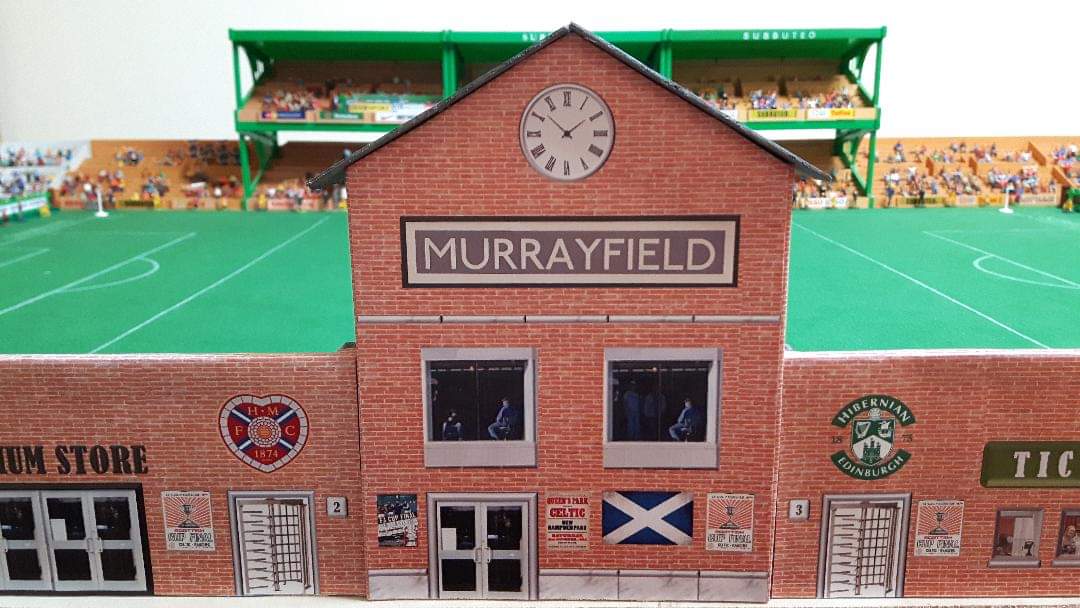 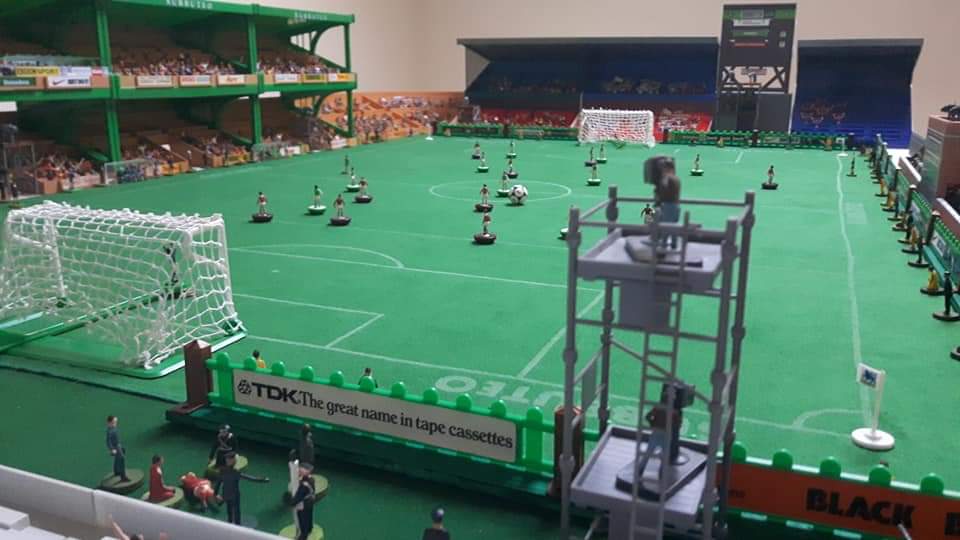